New report from the Childrens' Society indicates that families on the IoW are struggling with the highest levels of debt than anywhere else in the SE of England.

In their report, The Debt Trap: Exposing the impact of problem debt on children (available below), researchers concluded that such problems could lead to children suffering worry and anxiety, bullying and missing out on essentials.

Nationally researchers found almost 2.5 million children across the country lived in families owing a total of £4.8 billion in bills and loans.

On the Isle of Wight the total number of families affected by problem debt was 35 per cent, more than double the regional average of 17 per cent.

It said each struggling family was behind on payments by an average of £4,468 and across the region families owed a total of £807m in bills and loans.

A spokesman said: "While household budgets up and down the country are under strain, families with dependent children face extra pressures as they are more likely to face unexpected bills and are less able to cope with sudden financial shocks, for example redundancy, reduced hours or illness.

"As families begin to struggle financially, many feel that taking on credit is the only way to make ends meet.
"A third of all families have had to borrow money to pay for essentials for their children in the last year. This often marks the beginning of the debt trap as credit repayments begin take up a larger proportion of income and families find themselves cutting back on essentials." 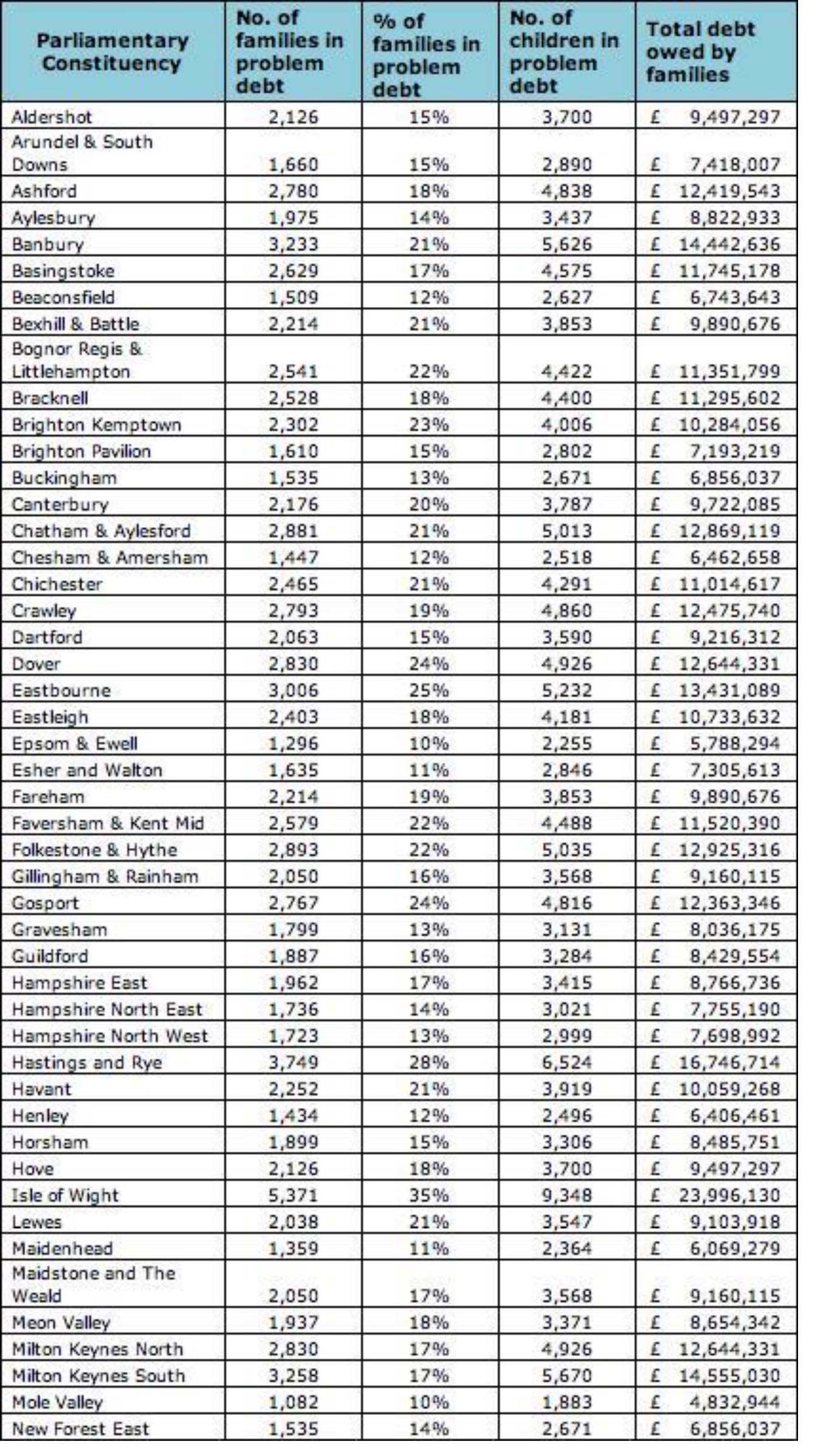 At Vectis, we are keen to provide whatever help and support we can, either directly or through our partners.  If you are struggling and need some advice, please contact Isabelle, our Income Management Officer on 525985 or isabelle@vectishousing.co.uk